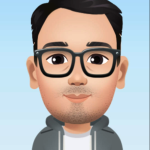 A Big Bang of cash is needed to bring rural Americans into the Information Age, according to a report released Monday by a Washington, D.C. think tank.

Nearly one-in-five rural Americans don’t have broadband Internet access, but that could change with the use of carefully targeted subsidies through a process known as a reverse auction, noted the report by the Information Technology & Innovation Foundation.

“If we do a one-time, large infusion of funds focused on covering the capital expenditures to build new networks where they don’t exist and make significant upgrades where they do, we can have a Big Bang in rural broadband that will go a long way toward solving this problem,” ITIF Director of Broadband and Spectrum Policy Doug Brake, a coauthor of the report, told TechNewsWorld.

According to the report, an investment of approximately US$40 billion could achieve 98 percent coverage with high-speed, easily-upgradable networks.

The money would be distributed through a reverse auction, where companies would “bid” for funds with proposals for rural broadband improvements.

Brake explained that under the current model, large service providers pay into a Universal Service Fund that channels money into subsides for lots of small, inefficient firms that end up making meager, ineffectual investments in rural infrastructure.

A big, one-time capital expenditure administered through a reverse-auction program would attract larger, more efficient firms to the problem, he maintained.

Christopher Ali, an associate professor in the department of media studies at the University of Virginia agreed that the current system of divvying up the money in the Universal Service Fund isn’t working for rural areas, but the problem isn’t small, inefficient companies.

“Traditionally, it’s gone to the largest providers,” he told TechNewsWorld.

“These providers have had very minimal build-out requirements,” he continued. “From 2015 to 2021, we gave the 10 largest telecommunications companies roughly $1.5 billion a year, but they only had to connect people at 10 megabits per second download speeds and one megabit per second upload.”

While a reverse auction would be better than giving money to the 10 largest companies and hoping for the best, Ali noted, there are some concerns with the process, which the FCC has used on two prior occasions, most recently in October 2020.

“The FCC still has traditionally favored the largest providers in their reverse auctions,” he observed.

“It’s also not done a very good job vetting applicants,” he continued. “As a result, many applicants exaggerated their ability to connect at the speeds they said they could connect at.”

“The third problem,” he added, “is we still don’t know who has broadband and who doesn’t in the United States. The FCC’s measurement techniques have been so terrible that what they report as being connected is wrong by upwards of 50 percent.”

“Until we fix mapping, I’m not sure it’s a great idea to be doling out tens of billions of dollars.”

The ITIF agrees. In its report it recommends that the procurement-style reverse auctions should award support for unserved locations using new FCC maps that show precisely where and what type of infrastructure is already available.

Jim Dunstan, general counsel at TechFreedom, a technology advocacy group in
Washington, D.C., pointed to another problem with reverse auctions. “The money is always going to go to the next least-rural area because that’s the cheapest to build,” he told TechNewsWorld.

“The money is going to be gobbled up by the least-rural areas,” he maintained.

One of the reasons rural areas lack broadband is there’s an absence of infrastructure. “Private Internet Service Providers don’t see the return on investment they’re looking for in rural communities,” Ali explained.

“They don’t have the consumer base to justify putting down the equipment needed for broadband,” he added.

In addition, the infrastructure that is in place is incredibly outdated. “The most prevalent broadband is DSL,” Ali said. “It’s carried on old phone lines. The transmission speeds and bandwidth available on DSL are not good enough for high-speed broadband.”

Not only can infrastructure be non-existent or antiquated, but it can be incredibly costly to improve.

“When you start talking about reaching that last five percent of customers, you’re talking about topography that’s really tough,” Dunstan observed. “The price doesn’t go up linearly to get broadband to those areas. It goes up exponentially. That’s a fundamental problem.”

One promising way to reach that last two percent of rural users is through low-orbiting satellites. Such a network, Starlink, which was launched by SpaceX is currently in its testing phase.

“We should identify those areas that are too costly to serve with a terrestrial network and offer vouchers to users in those regions that can be used for satellite service,” maintained Brake.

Alexandra Bruer, an ITIF policy analyst and coauthor of the report, maintained that there is clear bipartisan support for improving rural Internet service.

“Policymakers can draw on decades of experience and knowledge gained from various broadband programs across multiple departments and agencies to build a more sustainable model than we have had in the past,” she said in a statement.

“The path forward is to encourage cost-effective infrastructure with goals based on reasonable needs and expectations,” she continued. “A program that is set up to encourage broad participation in procurement-style auctions would promote innovation and help to close the rural-urban digital divide for good.”

John P. Mello Jr. has been an ECT News Network reporter
since 2003. His areas of focus include cybersecurity, IT issues, privacy, e-commerce, social media, artificial intelligence, big data and consumer electronics. He has written and edited for numerous publications, including the Boston Business Journal, the
Boston Phoenix, Megapixel.Net and Government
Security News. Email John.